The Difference between Europe and USA Spreader Beams

Spreader Beams or Spreader Bars – The differences between the UK and US spreader systems and legislation.

Before I begin, I would just like to extend a quick message of thanks to those all who read and all those who contribute to these articles in the comments. Input from all of you only enriches these articles and I am pleased to learn from your experiences.

Recently we received an enquiry from one of our customers asking questions about an End Cap spreader system. He seemed surprised when I explained that the End Cap system is much more common in the USA than it is in the UK (and Europe) and generally isn’t available off the shelf here. This got me thinking and gave me the idea for today’s article in which I will look at the differences between the two, and why there is a difference in design in the first place.

Before you read on, if you are unsure about what a spreader beam is, or how it works, please go back and take a look at my previous article on the subject.

Firstly, there is a difference in terminology. I have spoken on terminology at length before and don’t wish to repeat myself, so for this article I will be using the term spreader beam.

Moving forward, let’s take a look at these two designs of modular beam.

Let’s start with an example of the End Cap design commonly seen in the USA: 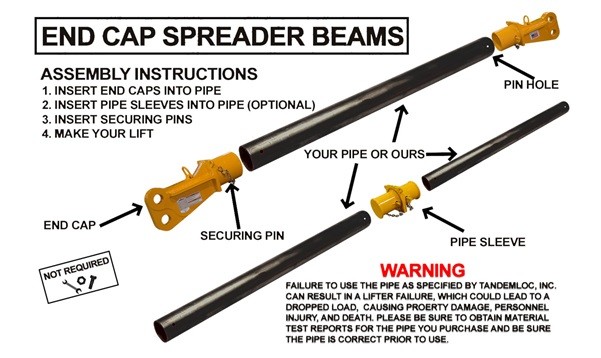 Now the Bolted Flange design most commonly seen in Europe:

The End Cap (USA) system in figure 1 uses a socket and pin type design, whereby the end caps are specifically sized to fit inside the appropriate pipe. A pin locks the end cap in place and holds the system together. A connection system is offered by some manufacturers to enable multiple pieces of pipe to be connected together thus increasing the versatility of the system and making it modular. There are a few different variations of this design available but generally these design principles are followed.

The Bolted Flange design (Europe) seen in figure 2 consists of separate pipe sections with flanges welded across the ends. When aligned, the flanges can be bolted together, this allows multiple central sections (struts) to be bolted between two end sections.

Having given a brief description, let’s look at the key benefits of each system.

End Cap: The main benefit of the end cap system is that in most cases the customer need only purchase the end caps from the manufacturer. Most manufacturers in the US will designate the pipe size to be used and allow the customer to source it for themselves if desired. This gives the customer huge savings on both the cost of the product purchased and the delivery/transport expenses.

Another key benefit of the End Cap system is the speed of assembly. Compared to a bolted system, much time can be saved with the simple slot and pin method.

Bolted Flange: The main selling point of the bolted flange system revolves around the strength of the bolted connection. A bolted connection in a beam such as the one in figure 2 is almost completely free of deflection (resulting from the connection) and this allows many different struts to be used in one beam. Once a user has a stock of a number of different lengths, they can then bolt up to 5 or 6 different pieces together to make up a full beam.

This versatility helps improve lead times for users when they need a solution on a short notice basis. Provided they (or a supplier) has a reasonable amount of stock available, multiple struts can be bolted together to achieve lifts at short notice. This would usually be quicker than waiting for the appropriate pipe section to be cut to length, which is common for the End Cap system.

Both of these systems clearly have their pros and cons, and there are certainly more to each than the few points I have listed above. Personally, I believe both systems to be good designs and the choice over which to use would generally come down to the circumstances and preferences of the company carrying out the lift. However, this still doesn’t explain why there is a difference between the designs on each side of the pond – normally I would expect a mix of both designs to be found in both Europe and the USA.

I believe the answer lies in legislation and particularly, CE marking. All lifting equipment supplied into the EU (and UK) must be CE marked by the manufacturer or it is not fit for use. This is mandated by EU legislation, specifically the Machinery Directive 2006/42/EC. The End Cap system lends itself to allowing the customer to buy the pipe themselves. Whist this is safe if properly controlled, in the EU the pipe would not be a CE marked piece of equipment and therefore would not be fit to use as part of a lifting/rigging assembly.

(I wont go into the requirements of CE marking for lifting equipment, but suffice to say it is far more complicated than a stamp on the product and a certificate!)

What are the consequences of using non-CE marked equipment in Europe? Well in regards to the UK specifically, if there was an incident or accident during a lifting operation, and particularly if someone was hurt, the HSE (Health and Safety Executive – A Crown status non-departmental public body) would be called in to investigate. As part of their investigation they would ask to see the lift plan and all documentation for the equipment used on the lift. It would immediately be apparent that there was a non-CE marked item used during the lift, as the required paperwork would not be present to back it up (even if the item had a false CE mark affixed). The consequences would be dire (typically a very heavy fine) for the company responsible for the lift, and in some cases, could spell the end of that company entirely.

I don’t believe my answer here is complete however, and would like to ask for input from the you. I would be interested to hear from anyone who has experience of using either system discussed above and what you think are the good points and bad points of each? Particularly any riggers out there who may have used both in the past, please put your thoughts forward in the comments and let us know what you have experienced.

It would also be great to hear from those of you based elsewhere in the world. What designs are most common in your country (one of the above or something entirely different)?

Thanks once again for reading and if you would like to stay up to date as these articles come out then please follow Britlift on Linkedin.

Anthony is currently the Technical Director at spreader and lifting beam manufacturers Britlift. He is a former member of the LEEA Technical Committee and has spoken at lifting conferences around the world on the subject of below the hook lifting equipment. 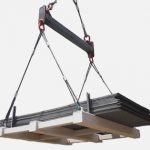 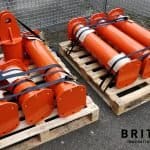 Off the Shelf Modular SpreaderNews